Now its board has to wait to see whether that plan is feasible.

“We had a meeting in June, before things started to pick back up again, and felt we needed to have a rough idea of how to proceed,” board President Melanie Lucas said. “We knew there was no chance to open in September. Obviously we’re going to go by what the governor says first and foremost, but in order to make any money we have to put some people in the seats.”

The Niles community theater has announced a four-show season instead of five, and it will start in November instead of September. There also won’t be season tickets offered for the upcoming season.

“We just didn’t feel it was responsible not knowing if we could have four shows or not,” Lucas said.

However, 2019-20 season ticket holders will continue to receive the same subscriber perks for the new season, such as the first opportunity to make reservations.

The thriller “Wait Until Dark” is scheduled to open Nov. 6 for a three-weekend run. Ron Sinesio will direct with auditions slated for 7 p.m. Aug. 17 and 19 at the theater.

Actors won’t wear masks while auditioning, but masks will be required upon entering the theater, and only a limited number of people will be allowed in the performance space at any time.

The Frederick Knott play has a small cast, only six characters, which is helpful, Sinesio said, but there’s a point where he’s going to have to work with the actors in close proximity to one another.

“It’s going to be interesting to say the least,” he said. “It’s a very powerful show, and obviously the cast has to be very close during the show … At some point the masks have to come off and be close to each other. How do we do that? I guess we’ll tell when we get there.”

“We try to get well-rounded seasons,” Lucas said. “We have a mystery and a revue and a drama and a comedy. It gives people a choice.”

The 2020-21 season was set shortly before stay-at-home orders were issued in mid-March. It originally would have opened in September with the play “Clue,” based on the popular board game. Lucas said that show now is planned for the 2021-22 season.

“We tried to get the rights last season but we couldn’t because Cleveland Playhouse was doing it,” she said. “Now we’ll have to wait until next season.”

Lucas said TNT also would like to bring back the musical “The Spitfire Grill,” which was in the middle of its run when it was forced to shut down in March.

“And of course, we’d gladly accept it (the unused portion of the season ticket) as a donation,” Lucas said.

Sinesio, who also is on the board, said he worries the theater won’t be able to survive if it’s forced to remain closed for a full season due to the COVID-19 pandemic. Lucas said a GoFundMe campaign that has raised nearly $10,000 has helped the theater cover its expenses.

“Of course, we’re hurting like every other small business,” Lucas said. “We want to get shows on our stage, not only for the money, but because we all miss it so.” 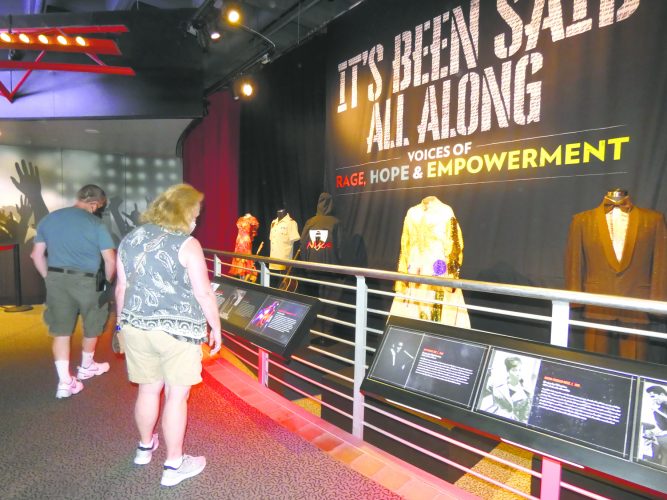