What to cover with no entertainment?

One thing has been a part of the every weekly entertainment section in the 30-plus years I’ve been doing Ticket (and Weekend Plus before that) — an entertainment calendar.

This week there is no calendar.

Maybe one of the smaller museums listed in that space every week still has an “Open” sign in the window, but I doubt it. Everything else is canceled / postponed / on hold, either by order or common sense as government and public health officials try to grasp all of the ramifications of the COVID-19 outbreak — in the state, in the country, in the world.

Frankly, most of the events that filled the 160 column inches of calendar last week were canceled before they could happen.

I felt sorry for the Millennial Theatre Company being forced to postpone its first show in its new home at the Robins Theatre. It plans on rescheduling it, but with four other shows planned for 2020, it may be difficult to keep “Shrek” without moving something else to 2021.

I know how many volunteer hours Eric Broz and others put into this year’s St. Baldrick’s head-shaving event, only to have the fundraiser scaled back significantly. Like everyone else, I’ll have to settle for the photographs of Sam Rosenthal’s cityscapes instead of seeing the large paintings on the walls of the Butler Institute of American Art, at least for the foreseeable future.

Trumbull New Theatre lost the final two weekends of its musical “The Spitfire Grill,” and then suffered the indignity of having vandals shatter front windows at the Niles theater twice within 48 hours.

Despite the cancellations, filling this week’s Ticket wasn’t difficult.

Many musicians shared their stories about how the shutdowns are affecting them financially and emotionally. There are four stories in this week’s section focusing on them, and there could have been more.

I’ll be writing about the “The Rockwell American Scouting Art Collection” when it finally opens to the public at the Medici Museum of Art in Howland, but I decided to still run a feature on the work William Mullane put in to present the Norman Rockwell pieces and the other works displayed in the best possible light. Mullane still was hanging the show when I was there last week, but trust me, it will be worth the wait.

Those in the arts already are coming up with new, creative ways to stay connected with their audience.

Rust Belt Theater Company couldn’t open “Miss Tuesday Night” last week at the Calvin Center, so the Youngstown theater company will livestream a performance at 8 p.m. Friday on its Facebook page. Watch the show, give them a donation and be in the audience when the theater reopens. Rust Belt and its founder, Robert Dennick Joki, do work worth supporting.

There’s a story about the livestream in this section, and several of the musicians I interviewed mentioned that as an option in the coming weeks.

Those are the kinds of stories we’ll be telling in the coming weeks. Coverage will be more feature-driven than event-driven because … there are no events.

Feel free to contact me at the email below with suggestions. Like everyone else, I’m going to be stir-crazy looking for something to break the monotony. And since some readers have a little more free time to spend with their newspaper right now, we want to make it as entertaining and informative as possible.

There also will be a greater focus on entertainment readers can enjoy at home — what you can binge watch, what new music can be found online. I’ll share my finds and get others to recommend theirs. I watched Marc Maron’s new standup special on Netflix on Saturday. Mostly funny, but a comedy show appropriately titled “End Times Fun” might not be the best thing to watch during a pandemic.

There is plenty out there, and social distancing and a self quarantine won’t stop more from being made.

Creative people don’t stop in adversity. Making a career in the arts is a path fraught with adversity, even in the the best of times.

There are artists locally and elsewhere who will find a way to connect with an audience, even if the traditional paths are closed. And on the other side of this pandemic, there will be movies, theater, art and music that was shaped by it.

I can’t wait to write about it. And, considering the hit my 401(k) has taken this month, I’ll have to. No retirement for me.

Andy Gray is the entertainment editor for Ticket. Write to him at agray@ tribtoday.com 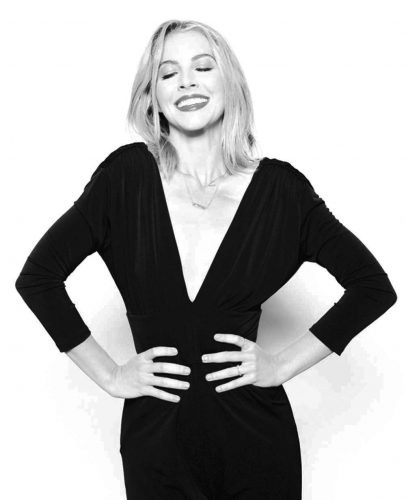