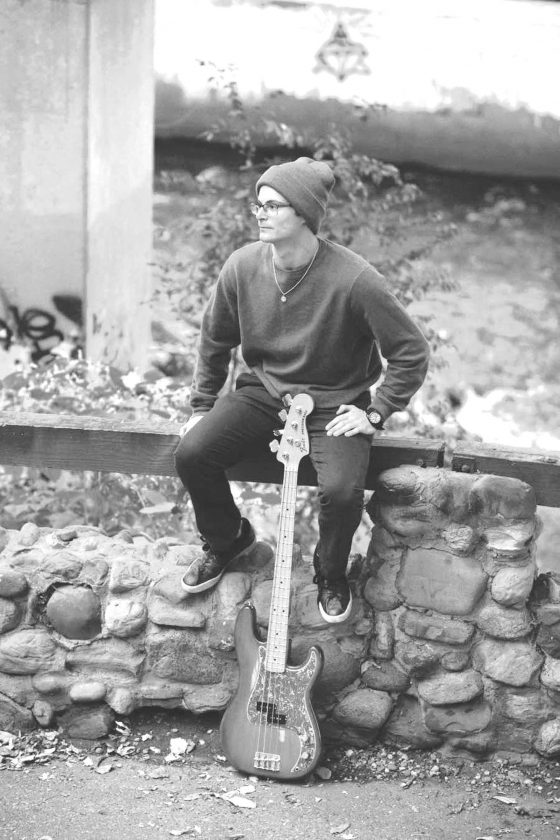 Jazz bassist Dante Basista surrounds himself with Mahoning Valley talent for a new EP released under the name Unc D.

Jazz bassist Dante Basista surrounds himself with Mahoning Valley talent for a new EP released under the name Unc D.

“Patrenessy,” which will be released online Wednesday, is inspired by a lot of electronic producers who have been making jazz fusion albums — Kamaal Williams from London, Flying Lotus and Thundercat — as well as non-musical sources.

“In August 2019, I started a Ph.D. program in history at Kent State,” the Akron-based musician said. “The move and new challenges paused my musical output ( I was only putting out one single over the fall semester), but gave me an opportunity to re-define what I wanted to do with the Unc D project.

“We recorded the EP over December 2019 and January 2020. When my schooling calmed down, I found that much of the performances reflect the creative excitement, refinement and maturity of which I have been experiencing in recent months.”

The “Patrenessy” EP features appearances by various local and regional musicians, from acts such as Spirit of the Bear, Jones For Revival and Cosmic Lemons.

“I am very grateful and fortunate to be able to work with top-notch musicians, who are all Youngstown-based,” Basista said. “Danny Svenson (Thin Thicket, Spirit of the Bear, the Labra Brothers) engineered the recording of the live drum set and contributed a thick arrangement of keyboards for each track.

“Working together since my December 2019 single, ‘Pimpin Infant,’ we have crafted a signature production approach, ‘Drop Jazz.’ The drop jazz approach combines EDM with jazz by turning each jazz solo in the track into a ‘beat drop,’ that is essentially putting the solo into the context of tension and release via production wizardry.”

Playing each of those ‘drop jazz’ solos is musician Nick Frank, with whom Basista has been making music since they were 15.

“I recorded Nick Frank on my iPad, when he was home on break from his first semester teaching guitar and working with faculty members (including John Scofield) in the jazz program at New York University,” Basista said. “Frank’s performances are vivid and carry the compositions with the distinct punctual vocabulary, which Frank had crafted over the past few years of making a name for himself in the Youngstown music scene.”

According to Basista, his previous music had been produced almost entirely on an iPad mini. “Patrenessy” features a unique combination of electric and acoustic percussion, including the drum set of musician Gino West (Jones for Revival, Larry Elefante). West has been Basista’s live drummer since his first show last June.

“West’s energy as a jazz drummer is unmatched. He is dynamic, dramatic and does not fear going into any improvisational territory,” Basista said.

“Negro’s parts were recorded at his home on my iPad, and his parts are key to setting the tonal vibe of the tracks. Much of the sustained tones, stabbing colors and arpeggios on the tracks come from his synthesizer,” Basista said.

“Patrenessy” is a departure from the approach taken on his first three EPs, mainly for the introduction of some important new sonic elements. Basista recorded lyric-less vocal tracks to accompany his signature lead bass melodies.

“After putting out exclusively instrumental music up until this point, I wanted to include vocals in the melodies to provide more personal character to my compositions,” he said. “This project has had my six string bass guitar serving as the main melodic voice, but a lot of people are unfamiliar with both the approach and the instrument’s high strings. By including vocals, which don’t use any words and are mixed underneath the bass, I hope to make my music accessible for a wider audience, especially those who do not make an effort to listen to jazz.”

Basista plans to release a new three-song EP each quarter, and some of those tracks already are in the works.

“We have been receiving airplay by the UK DJ, DJ Gripper, playing us in his sets at Red Light Radio in the Red Light District of Amsterdam, Netherlands. We also have big things planned for Youngstown in the summer, including the launch of an independent content label, Drop Jazz Records.”

An EP release show originally was scheduled for Saturday at Noble Creature Cask House. It now will be a livestream on Facebook from 7 to 10 p.m. Saturday featuring live and recorded music, as well as trivia with a chance to win Unc D merchandise.

Unless stated otherwise, already-purchased tickets will be honored for the new dates. • Foo Fighters will delay ...

Bass player Bambo Kino assembled an all-star band to bring musical tributes to his parents to life. The Boardman ...

Consumers frequently are encouraged to eat local by supporting independent restaurants, particularly those that use ...

Who could be better to recommend binge-worthy entertainment than filmmakers? Ticket asked some local independent ...