The best virus and isolation songs listed by decades 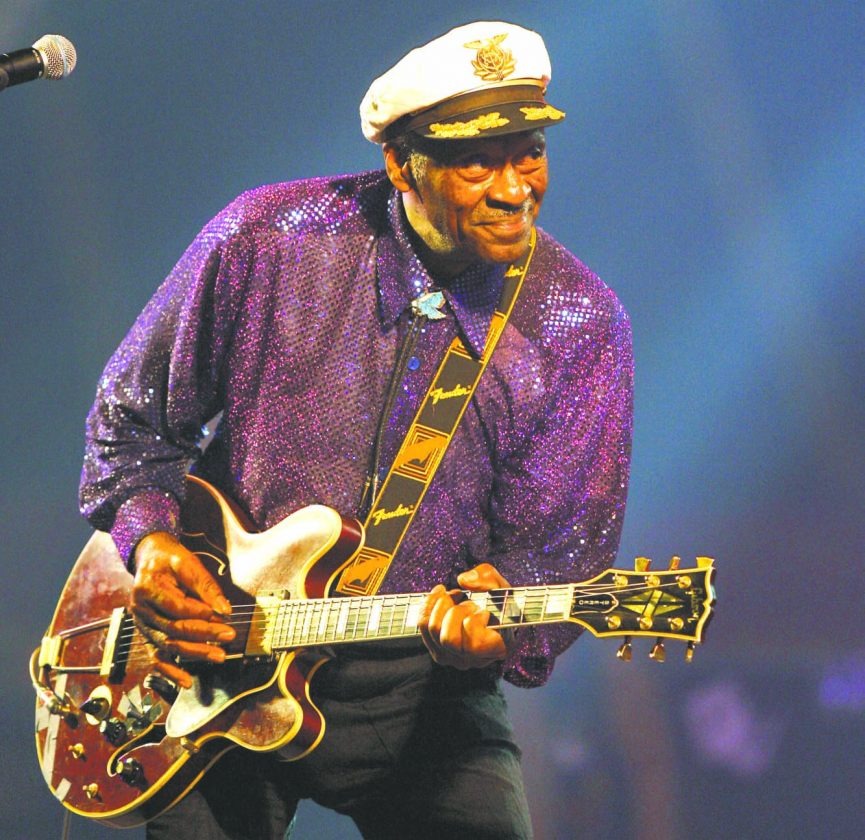 Chuck Berry's “No Particular Place to Go” kicks off a 1950s-era playlist of songs appropriate for listening to while quarantined. Entertainment Editor Andy Gray creates stuck-at-home playlists from the 1950s and earlier up to current charts. (AP Photo/Israel Lopez Murillo, File)

Working from home means many things.

Every day can be casual Friday if you want it to be. If the coffee pot is empty, you finished it. Best of all, you can play your music as loud as you want without disturbing your co-workers.

When staying at home because of a looming virus under self-quarantine, not just any soundtrack will do. On Facebook, I asked my friends to suggest songs for a self-quarantine playlist, and the suggestions were overwhelming, far more than any one list could contain.

I took their ideas and many of my own and decided to give each generation its own playlist — one featuring songs primarily from the 1950s or earlier, a second dedicated to the ’60s and ’70s, a third covering the ’80s and ’90s and a final one for the 21st century.

I’ve used my Spotify account, under the name agray-ticket, to create public playlists for each one, so read the story, enjoy the music and, with luck, both will help pass the time.

Shuffle if you must, but I’ve made my share of mixtapes and mix CDs in my life. Like Rob Gordon, John Cusack’s character from “High Fidelity,” I’m a firm believer that a good mixtape is a subtle art with many dos and don’ts — “You gotta kick it off with a killer. Then you have to take it up a notch, but you don’t want to blow your wad, so then you’ve got to cool it off a notch. There are a lot of rules.”

6. “Are you Lonesome Tonight” — Elvis Presley

7. “In My Own Little Corner” — Julie Andrews, Rodgers and Hammerstein’s “Cinderella”

10. “I Just Don’t Know What to Do With Myself” — Dusty Springfield

13. “Somewhere Over the Rainbow” — Jewel (but really Judy Garland)

This is the shortest playlist and one where I had to settle for some secondary tracks because the versions I wanted weren’t on Spotify.

Chuck Berry is a safe bet when looking for a killer song to start. And with nearly everything shut down, “No Particular Place to Go” pretty much sums up life at the moment.

“Rockin’ Pneumonia and the Boogie Woogie Flu” definitely kicks it up a notch. Boomers know the song best from Johnny Rivers, who had a top 10 hit with it in 1972, but the original was recorded by Huey “Piano” Smith in 1957. That’s the version here.

This playlist leans toward mellower, melancholy fare, but any playlist featuring Elvis Presley, Hank Williams and Roy Orbison at their peaks is worth a spin.

I cheated and put Dusty Springfield’s version of Burt Bacharach’s and Hal David’s “I Just Don’t Know What to Do with Myself” on here, even though it was released in the mid ’60s. It fit the mood better on this list. There may be a lot of rules for a mixtape / playlist, but they can be broken if it makes for a better listening experience. (If you love this song, Elvis Costello does a great cover of it).

I would have preferred Billie Holiday’s version of “In My Solitude,” but it’s not on Spotify. Etta James is a worthy substitute.

More frustrating is the unavailability of Judy Garland’s “Somewhere Over the Rainbow” from “The Wizard of Oz.” In the face of a pandemic, ending on an upbeat note seemed like the best philosophy to follow for each of these playlists.

I opted for Jewel over Israel Kamakawiwo’ole’s ukulele-accompanied rendition because it fit better alongside the other songs.

11.“Where Have All the Good Times Gone” — The Kinks

Al Green is perfect to kick off any party or playlist, and “Tired of Being Alone” will sum up the feelings of many by day two of being quarantined.

Otis Redding kicks it up with a song that will be unfamiliar to many but feels so right here.

Next we get a hit by one sad, whiny white guy after another, but these tracks capture the mood needed. “All By Myself” was the second song I thought of when I decided to do this. And for those who check out the Spotify playlist, I spared you the super maudlin 7-minute version and included the 4-minute, 32-second single edit.

I chose Harry Nilsson’s version of “One” instead of Three Dog Night’s because Nilsson wrote it and he’s an underrated genius. The man did a lot more than “Without You” and “Coconut.”

Before anyone considers slitting their wrists, the tempo accelerates with Neil Young’s “The Loner.”

With a lack of ventilators being one of the primary concerns in keeping patients alive, how could I possibly leave off a song called “Ventilator Blues”?

This list is light on females, but Carole King’s “So Far Away” may be the best song on it.

There are some dark tunes here, but the final tone is celebratory — and danceable.

3. “Keep Your Hands to Yourself” — Georgia Satellites

13. “Everything Has Changed” — The Clarks

There are a few big rock radio hits and obvious choices here, but I also tried to mix in more obscure tracks from big names and some of my favorite artists.

The opener, “Life During Wartime,” is dark and manic, but it feels right when people are fighting over toilet paper.

The Police and Georgia Satellites songs are two of the obvious ones, but they’re so on the nose that their absence would be noticeable. Billy Idol’s “Dancing with Myself” didn’t make the cut because I used something similar in the next playlist.

“Splendid Isolation” is the one that inspired these lists and may be one of my top 10 favorite songs period. If you only know Warren Zevon for “Werewolves of London,” spend some of your exile from the world familiarizing yourself with his catalog.

Another song I love is Suzanne Vega’s “99.9,” the title track for an album inspired by the AIDS crisis. With rising temperatures being one of the early symptoms, this track reflects that unease beautifully.

Regular readers of Ticket won’t be surprised I included a Wilco song. Bob Dylan, The Smithereens and The Ramones also get a lot of play in the Gray household.

REM’s “It’s the End of World as We Know It (and I Feel Fine)” would provide for an energetic finale, but it’s a little dark, so I ended with The Kinks’ “Better Things,” something we all hope to see.

The 21st century playlist has a local / regional flavor with “Be Well” by Canfield’s JD Eicher and “Are You Bored Yet” by Wallows, featuring Howland native Braeden Lemasters.

Readers won’t be shocked I found a way to get Red Wanting Blue on here. The drummer on this recording is Ed Davis, now the drummer for The Vindys. And if RWB can play its May gig at Westside Bowl, the drummer will be current Youngstown resident Dean Anshutz, who joined the band shortly after this 2010 album was released

There also are cuts by Akron’s The Black Keys (“Lonely Boy”) and Columbus’ Twenty One Pilots (“Stressed Out”). And I couldn’t resist putting the Black Keys and Jack White back-to-back on the playlist. (For some fun reading, do a web search for White’s feelings about the Black Keys).

The playlist also will get listeners moving, particularly with the first track, Britney Spears’ “Toxic,” and it’s penultimate one, Robyn’s “Dancing On My Own.”

I’m not a regular watcher of “Grey’s Anatomy,” but the three women in my household are, so I see the show more often than not. When times are tough on there, Meredith’s advice is to, “Dance it out.” Let these 59 songs, at least some of them, help you dance it out in private until everyone can dance it out in public.

The final offering of the 59 selections on these four playlists may be my favorite song of the last decade, definitely top five. We will need a lot of physical, emotional and financial “Recovery,” but its final line offers the greatest words of hope — “One day this will all be over.”

Unless stated otherwise, already-purchased tickets will be honored for the new dates. • Foo Fighters will delay ...

Bass player Bambo Kino assembled an all-star band to bring musical tributes to his parents to life. The Boardman ...

Consumers frequently are encouraged to eat local by supporting independent restaurants, particularly those that use ...

Who could be better to recommend binge-worthy entertainment than filmmakers? Ticket asked some local independent ...