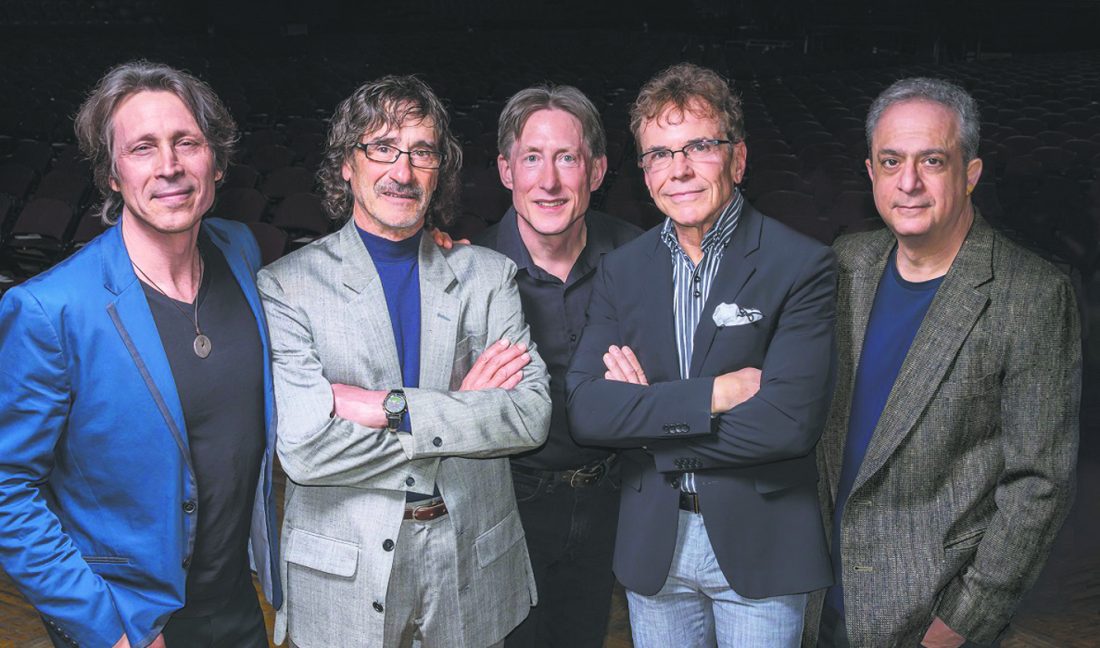 Donnie Iris & the Cruisers will perform Saturday at the Robins Theatre. (Submitted photo)

Not to name names, but a lot of those classic rock acts still on the road today are a shell of their former selves. Some have only one original member, and he or she might have been a supporting player.

When Donnie Iris & the Cruisers play the Robins Theatre, three of the five original members (including the two principal songwriters) back in 1980 will be on the stage, and a fourth still performs with the band on occasion.

“We’ve been together so long. How that happened is really hard to figure out,” Iris said this week during a telephone interview. “We were able to keep playing. People kept coming to see us, so we had no reason to go anywhere else and look for other bands. We were happy with what we had. Every gig seemed to be better than the last one.

“It’s just one of those magic things. The guys get along good, no super egos in the band. It just gelled from the beginning.”

The band is celebrating the 40th anniversary of its debut album “Back on the Streets,” which included the hit single “Ah! Leah!” Iris’ name is front and center, but the band started as a partnership between Iris and Mark Avsec. The two met as members of the band Wild Cherry, best known for the ’70s dance hit “Play That Funky Music” (Iris joined the band after the song was a hit).

The two started writing songs together. Iris said he can’t remember for sure, but “Ah! Leah!” might have been the first song they wrote together.

They recruited Kevin Valentine on drums and Albritton McClain on bass and found guitar player Marty Lee Hoenes when he happened to be playing at the club where they stopped in for a drink.

“We asked him if he wanted to go in the studio with us,” Iris said.

They recorded at Jeree Recording Studio in New Brighton, Pa. They had a few songs that Avsec had written himself and Avsec and Iris wrote together, and the rest were written in the studio with the makeshift band with Avsec producing as well as playing keyboards.

The name on the completed album almost was Donnie Iris & the Turnpike Cruisers.

“We were going to go with the name Turnpike Cruisers because we were always on the Pennsylvania and Ohio turnpike, but we decided to leave the turnpike out and just go with the Cruisers,” Iris said.

The first place they shopped the completed album was to Michael Belkin and Carl Maduri of Cleveland-based Belkin-Maduri Management, who signed them to a management deal and released “Back on the Streets” on Midwest National Records in 1980. The management team used its connections to promote the album to rock radio stations.

“Ah! Leah!” immediately started getting radio play in Cleveland and then expanded to other markets.

“When the record started getting airplay, people want to see the band, which we didn’t have yet,” Iris said. “We had to get everyone on board.”

Iris said he believes the freedom the band had on “Back on the Streets” contributed to its success.

“I think that meant a lot,” he said. “We did the first two albums like that and had artistic control all the way through. It does makes a difference when you have that kind of freedom.”

That second album, 1981’s “King Cool,” continued the band’s radio success with “Love Is Like a Rock” and “My Girl.”

Iris, Avsec and Hoenes still are full-time Cruisers and Valentine plays with the band when he can.

Taking his place on drums for Saturday will be a trio of players — Tommy Rich, who has played with the band for 20 years; Jimmy Clark, a Cleveland native who is drum tech for Metallica; and Mark Tirabassi, owner of Hubbard Music.

Forty years of the Cruisers isn’t the only anniversary Iris is celebrating in 2020. It’s also the 50th anniversary of his first hit single, “The Rapper,” which was released by The Jaggerz in 1970 and peaked at No. 2 on the Billboard singles chart.

“It might be a cliche, but in the middle of the night I woke up with an idea and started writing down some lyrics. This might be something. I went in the rest of Jaggerz and worked it out. We got turned down by so many labels. I don’t know how many times it was turned down. Neil Bogart from Buddha Records put it out on Kama Sutra, and it started taking off like a rocket. Something just sort of happened.”

The crowd can expect to hear “The Rapper” and those Donnie Iris & the Cruisers’ favorites Saturday.

The band won’t have an opening act at the Robins, but when the Cruisers played Canton last year Youngstown’s The Vindys opened the show. Iris is a big fan.

“My goodness that’s a great band,” he said. “They’re just incredible musicians and Jackie (Popovec) is just a great singer. I love those guys. We’ve become friends, and I hope someday soon we can get the two bands back together.”