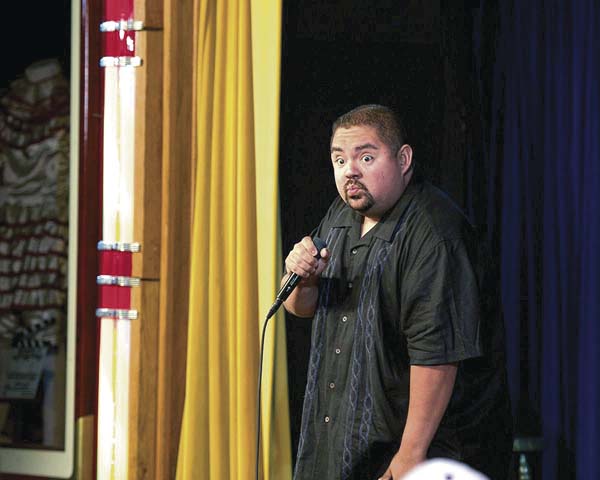 Gabriel Iglesias will appear at the Canfield Fair Labor Day.

It turns out being a “big mouth” can pay pretty well.

Forbes magazine released its list of the highest paid comedians this month, and Gabriel Iglesias ranked sixth with earnings of $22 million.

He’ll add to that take on Monday when he headlines the grandstand on the final day of the Canfield Fair.

If he’d taken the advice of his educators, Iglesias would have been standing in front of a class of 30 students instead of thousands in theaters and arenas.

Iglesias told the website Vulture earlier this year that he took a class in high school called exploratory teaching, in which he had to create a lesson plan and then deliver it in front of elementary students. He was so good at holding the children’s attention that his teacher secured him a full scholarship to pursue a teaching degree.

“They would pay for everything,” Iglesias said. “All I had to do was come back and teach in the Long Beach Unified School District for a couple of years, and it was free and clear. It was tempting, and my mom was very upset when I didn’t take it. So was my teacher, so was my principal, ’cause I told them what I wanted to do and even my principal said it doesn’t pay to be a big mouth. All he saw was that comedy was just someone running his mouth.”

Iglesias ended up fulfilling their wishes in a different way. The comedian launched his own “Welcome Back, Kotter”-esque sitcom on Netflix in June called “Mr. Iglesias,” where he plays a teacher who returns to his alma mater to work with underperforming students. The streaming service already picked up the series for a second season.

The California-born comedian draws on his family’s Hispanic heritage in his work, but he believes defining him by his ethnicity diminishes his broad appeal.

He’s recorded six stand-up specials for television since 2003 as well as 2014’s “The Fluffy Movie,” which was released theatrically.

The touring schedule and the lifestyle took its toll in 2017, when Iglesias canceled tour dates to address problems with depression and alcohol.

He told Billboard magazine last year, “I was burned out dude, 20 years of the same thing with no breaks. I’ve never even taken a vacation. I wasn’t being creative anymore. It was becoming work. And I wasn’t spending enough time at home and that was taking its toll as well.

His latest stand-up special, also on Netflix, is “One Show Fits All,” released earlier this year. Don’t expect to hear those jokes, or the ones from his other stand-up specials on Monday.

Iglesias told Richmond magazine earlier this year, “It’s going to be a new show, and if people want to hear these old bits, they can go on Netflix or check out the stuff that’s online, but they can expect a new show. In addition to that, there’s a big set piece on the stage … I tell people it’s like WWE meets the Food Network.”