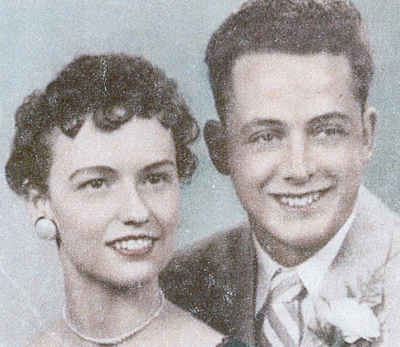 Ken and former Delores Spurk were married Dec. 15, 1955, after meeting in 1953 at the Cortland Roller Rink. The ceremony was officiated by the Rev. David Guyer.

The couple have three children, Pam Brooker of Loudon, Tenn., Todd (deceased) and Doug (Amy) Vesey of Galloway. They also have five grandchildren and two great-grandchildren.

A veteran of the U.S. Army from 1953 to 1955, Ken worked at ITT Grinnell for 33 years and at the Kmart Distribution Center for nine years before retiring. He also boxed as an amateur for the Niles Eagles in 1952 and 1953, and was trained by Mike Birskovich.

Toots worked for Packard Electric and Hills Department Store, and retired as a homemaker. They both enjoy watching the Buckeyes, Indians and Browns on TV.

Bennett - Shryock Frank and Peggy Bennett of Austintown are announcing the engagement and approaching marriage ...