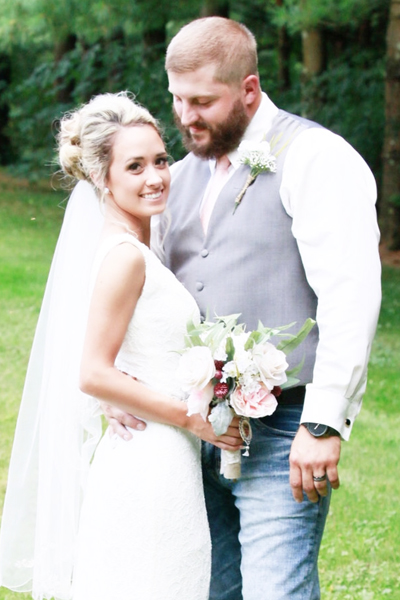 Brianna Lynn Wolfe and Justin Allen Taddei were united in marriage during a wedding ceremony held Aug. 17, 2019, at the Barn and Gazebo in Salem. A reception was held after the ceremony at the barn.

The bride is the daughter of Lori Geer and Ronald Wolfe of Champion. Parents of the groom are Melanie Wood and Anthony Taddei.

Allyssa and Sara Geer, cousins of the bride, attended as maid of honors. Bridesmaids were Brooke Miller and Rachel Cyphert, sister of the groom. Ayla Freeman served as a flower girl.

Performing the duties of best man for the groom was Richard Jackson. Groomsmen were Jacob Wolfe, brother of the bride, and Dan Christner and Josh Prokop. Ring bearer was Dallas Cyphert.

The couple honeymooned in Tennessee.