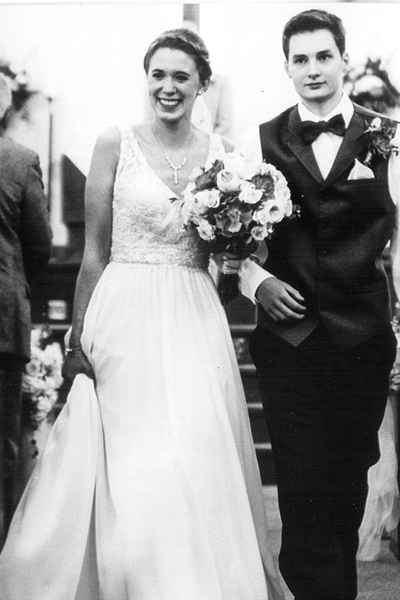 Tara L. Lesh and Christopher J. Gregory were united in marriage during a wedding ceremony May 18, 2019, at the Fowler Community Church, Fowler.

A reception was held following the ceremony at Peter Allen Inn in Kinsman.

Parents of the couple are Edward V. and Gayle L. Lesh of Fowler and James and Jayne Gregory of Cortland.

Tonya Rosie attended the bride as matron of honor, while Derek Sass served as best man for the groom. Ushers were Robert Arquilla and Karthik Vijayan.

The new Mrs. Gregory graduated from Kent State University. She is employed as a sonographer / X-ray technician at Trumbull Regional Medical Center in Warren.

Mr. Gregory is employed as a parts specialist for Motozilli in Warren.

Following a honeymoon to Gatlinburg, Tenn., the couple resides in Warren.