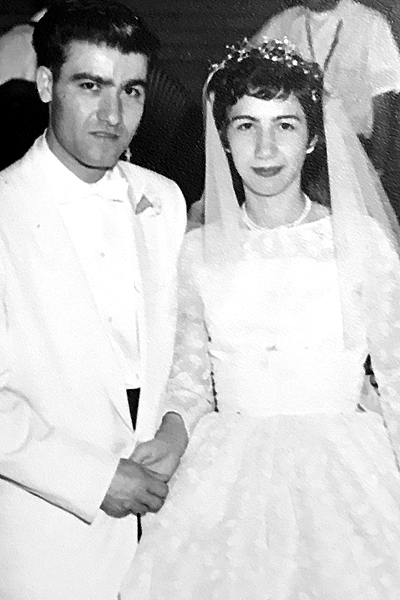 Nicholas and Mara Perrino celebrated their 60th anniversary June 20, 2019. They were the honored guests at a family celebration held at Cafe 422.

Nicholas Perrino and the former Mara Colecchi were united in marriage June 20, 1959, at St. Joseph’s Church in Warren.

They both came to America from Italy when they were teenagers and met on the north end of Warren.

Longtime residents of Champion, they have four children, Nicholas (Jennifer) of Avon, Ind., Michael (Patricia) of Howland, Joseph (Pamela) of Champion and Nancy (William) of Howland. They also have nine grandchildren.

They are members of St. Mary’s Church in Warren.

Mara worked at Packard Electric for eight years, leaving to raise her children.

They’ve enjoyed many trips to Italy, their native country. They enjoy spending time with their children and grandchildren.