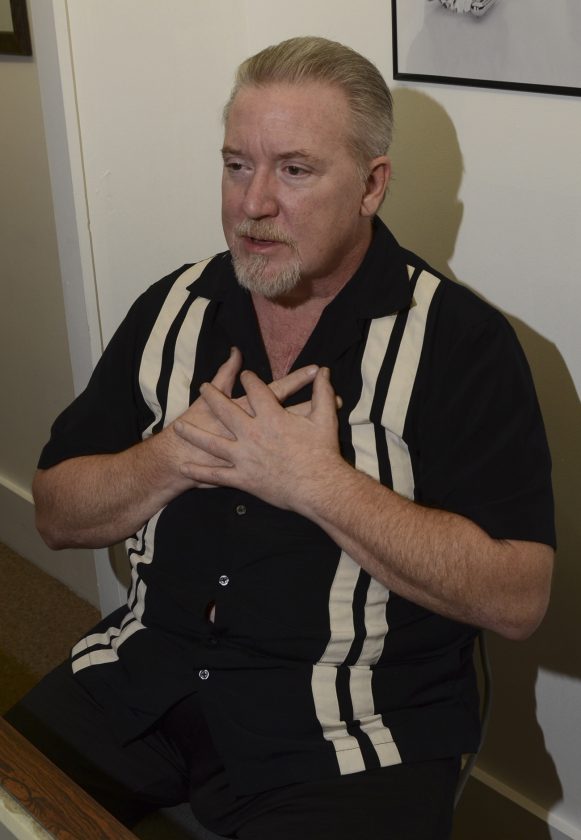 Editor’s note: This is the first in a series of stories running on Tuesdays in February for American Heart Month of local residents sharing their heart stories.

WARREN — As the pressure weighing on his chest pushed into his shoulder and jaw, jeweler Tom Crowley didn’t argue when his wife reached for the phone.

He remembered a friend in a similar situation who refused to call 911.

“They wasted a lot of time waiting for their son to come drive them to the hospital,” Crowley said. “Then they decided to drive themselves. He died in the car about four blocks from the hospital.”

His restlessness awoke his wife. The ambulance was called.

A heart catheterization revealed a 90 percent blockage in two descending branches — “the widow-maker,” he said. He was experiencing a heart attack from a calcium build-up, he said.

“Fortunately for me, it was a mild one (heart attack) and I caught it early and didn’t wait,” he said. Having a strong heart improved his odds, he said.

Especially in February, which is designated as American Heart Month, that’s the message Crowley wants his friends, family, his customers at Tom Crowley’s Jewelry Shop, 168 North Park Ave., Warren, and everyone else to know: Don’t wait.

Crowley said he hadn’t considered himself a candidate for a heart attack. Just two months earlier, he laid 55 bags of mulch in their yard in the summer heat and didn’t feel anything amiss.

In hindsight, there were signs, he said.

He is diabetic and was “slightly overweight,” both contributing factors to heart issues.

“I was waking up in tons of sweat two weeks before,” he said. “I thought it was the diabetes.”

He had felt the same chest pressure the Monday before, but it had subsided after some Tylenol.

And while he plays golf once or twice a week, he said that after 12 holes, he was wiped out. But a problem with a toe a couple years earlier made him miss his regular golfing schedule, so he figured he just needed to work himself back into golfing shape.

His heart had acted up 18 years ago. His sister, a nurse, recognized the signs. He was diagnosed with a weak heart muscle. Treatment and exercise took care of it and after about 10 years, the heart had repaired itself, Crowley said.

He could attribute all the warning signs to other issues already under control.

“If you have no problems, you don’t look up a book and see what are the symptoms. I was eating the right things. I didn’t have insurance at the time,” so he wasn’t running to the doctor for just any little thing, he said.

Facing double bypass surgery in September, Crowley said he was at ease because the two days between cardiac catheterization and surgery gave Trumbull Regional staff plenty of time to explain the steps to him in layman’s terms that he understood.

Still, it is open-heart surgery, which is a lot of stress on the body.

“It felt like a truck hit me,” he said. “I’ve been in car wrecks and this was the worst it’s ever been. It takes a lot out of you.”

Without his wife, it would have been far worse, he said. “If she wasn’t taking care of me, she was worrying about me.”

He went through a six-week workout regimen in the Trumbull Regional cardio rehab unit. The routines included 15 minutes on the treadmill, followed by time on resistance training machines of his choice, then 15 more minutes on a stepper machine, and then 15 minutes on the arm cycle. Blood pressure was checked along the way.

It was another couple weeks after that before he was allowed to drive again while his chest healed.

He credits his full recovery to this: “I did everything they said to do. I didn’t do what they said not to do. Fortunately, I lived to tell the story. Everything worked out.”

Crowley said he still gets tired in the afternoon. Doctors told him it would take about a year to fully recover.

As for golf, “They say you can do anything (you did before). We’ll see in the spring,” he said.

Students from across the Mahoning Valley crafted thousands of Valentine’s cards for seniors with what at first ...

Many resources are available, especially on the federal level, to assist veterans with physical or psychological ...

Facing snow and fighting the flu, laundry gets done

Winter weather is back. We’ve received around 3 inches of snow and it’s still snowing. The roads must not be ...