It was 72 years ago, the late winter of 1948. What I remember about the beginning of that year was the cloudy, gloomy, wet weather — not unlike the weather we’re experiencing now — or any late winter in good old Warren. I was in the second half of the seventh grade (7A) at East Junior High School.

All gym classes during that very rainy time of year had to be held indoors because the football field was a mass of puddles and mud. So the gym was a bit overused and a bit grimy and smelly. It also served as a study hall in the balcony.

We had dances nearly every Friday evening in that gym with the wonderful aroma that only dirty gym socks could provide. Principal Raymond Glass chaperoned the dances with the assistance of a couple of roped-in teachers who didn’t seem to have a choice in the matter. They would station themselves in the balcony in order to be able to observe any behavioral infractions.

Just about every student in the three years of classes that East Junior provided attended the dances — wet weather and all. Nearly everybody walked to the dance. Heaven help you if you were caught riding your bike to the dances. Some kids with doting parents would be brought to the dance in the family car, but that was a rarity.

I don’t know how this works out nowadays, but back then the gym was divided into three distinct areas. The boys gathered along the east side wall of the gym, while the girls did the same on the west side. In the center was the entire gym floor that was a no man’s land. The boys dared cross that area at their own peril.

So, fortified with Sen Sen or Beaman’s pepsin chewing gum, and hoping the audio visual (AV) nerd would be playing the 78 RPM record over the loud speaker that he could dance to, the most gutsy of the guys would cross that vast expanse of the gym floor to ask a young lady for a dance. They knew full well that they could be refused and would have to cross back over — the ultimate in embarrassment.

A technique often used among the guys, would be to cross over to the girls’ side with a particular girl in his sights. Losing his nerve, he would veer off at the last moment to ask some other girl to dance that he knew wouldn’t refuse him. He may have been safer that way, and perhaps that girl he actually danced with would be the better choice, anyway.

At the end of the dance with the AV guy playing “Good Night Sweetheart,” there was a last minute skirmish for a guy to ask a girl to walk to Warren Sanitary Dairy for an ice cream sundae with the rest of the gang. The most expensive sundae was a banana split for 35 cents. For 70 cents, the guy and his lady friend could have a wonderful snack. There were no taxes on food back then.

After that, the group would split up for the rainy walk home. The distances covered on those walks home would be mind-boggling in today’s world. After already walking to Sanitary Dairy, the guy would have to walk to the girl’s home for a very timid good night, and then walk to his own home. The tally of distances walked those rainy evenings was usually about four miles.

By the way, what’s the last time you walked four miles?

Keeping up takes too much energy

Some people tell me that I don’t keep up with the times. Given the difficult situation we are in in this country ... 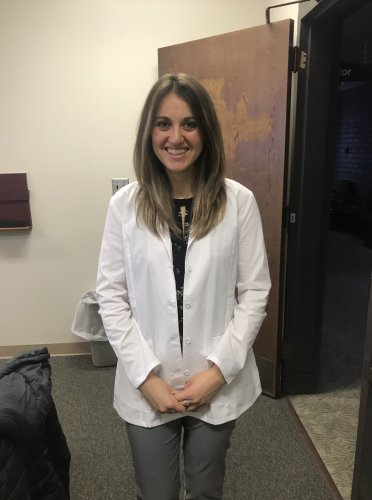 Working hard on the farm while everyone is at home

Today was such a beautiful sunny day with the temperature around 60 degrees. Everyone is home due to the ...