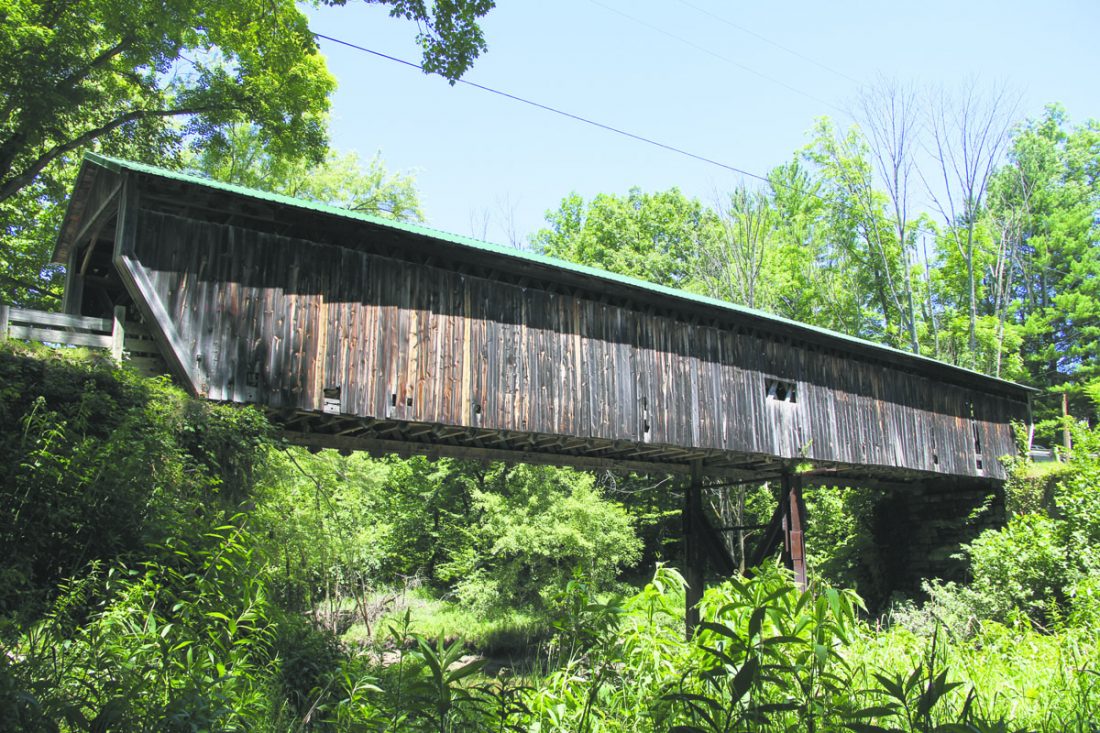 ASHTABULA — When the leaves start to turn, covered bridge enthusiasts know it’s time to hit the road to see the picturesque structures — which is why Ashtabula’s annual covered bridge festival draws a crowd.

The 36th annual festival this year runs Saturday and Sunday, with the main events held on East Jefferson Street from Chestnut Street east to the railroad tracks.

The festival includes entertainment and a parade, but the main attractions are Ashtabula County’s 19 covered bridges, almost all of which can be driven, Whitehead said.

“There are covered bridges all around the world, but we tend to have a lot more than other places,” Whitehead said.

Whitehead said in the years she’s been helping with the festivals, visitors have come from as far away as Australia, Italy and Japan to take in the bridges during the peak fall foliage — a time that’s popular for bridge tours.

Ashtabula’s neighbor to the south, Trumbull County, also has one historic covered bridge, located in Newton Falls. Built in 1831, the bridge claims bragging rights in the state as the oldest covered bridge still in use on it’s original site.

She said the bridge is also unique because it has a pedestrian walkway in addition to being driveable.

Carmichael said though there has not been a recent traffic count on the bridge, many people have expressed interest in it.

“There are people who are really interested, not just in covered bridges but historic bridges,” Carmichael said.

In Ma-honing County, a “replica” covered bridge that runs across Mill Creek at Lanternman’s Mill was designed to look like a bridge used by farmers in the 1800s, according to the Mill Creek MetroParks website. The 96-foot-long bridge opened in 1989 and remains a popular attraction.

At 613 feet long, the Smolen-Gulf was designed by former Ashtabula County Engineer John Smolen and his office. The bridge was dedicated in 2008.

West Liberty, at just 18 feet long, was opened three years later in 2011. It carries traffic over Cowles Creek in Geneva.

Smolen, who retired as the county engineer in 2002, said the newer bridges, like their historic counterparts, are built to last.

“Those historic covered bridges are anywhere from 100 to 140 years old — in other words, they served the public for many years,” Smolen said. “The new modern concrete and steel bridges don’t last that long.”

The oldest covered bridge in Europe is over 600 years old, and the oldest in Japan is 1,100 years old, he said. As long as the design for a bridge is solid, wood makes a good building material, he said.

“You can get the strength you need with the wood,” Smolen said.

He said salt used on roadways in the winter actually helps preserve wood, potentially increasing the longevity of wooden structures. On the other hand, salt degrades concrete and steel.

Ohio has around 150 covered bridges, Smolen said, making it the number two state in the country for such bridges. Pennsylvania is the first, with more than 200.

Historically, covered bridges were popular in this area because of the ample availability of timber.

“Think of it, there was so much timber, and pioneers that came here had to clear the woods for their homes and farming,” Smolen said.

In his more than 30 years as the county engineer, Smolen and his office oversaw the restoration of many of the county’s historical covered bridges in addition to designing several newer ones. He said work on the bridges could be carried out year-round, unlike their concrete counterparts, which could only be constructed in warmer months because they need heat to cure.

Some covered bridges and bridge museums

Built from remnants of a bridge washed downstream in the 1913 flood, this bridge now sits in a park.

LISBON — Steve Garofalo is lucky man and he knows it. Steve was hospitalized with COVID-19, and while ...

Have confidence that we can beat this, too

I’ve been frightened many times in my life — especially in my younger days. But, I’ve only been truly scared ...