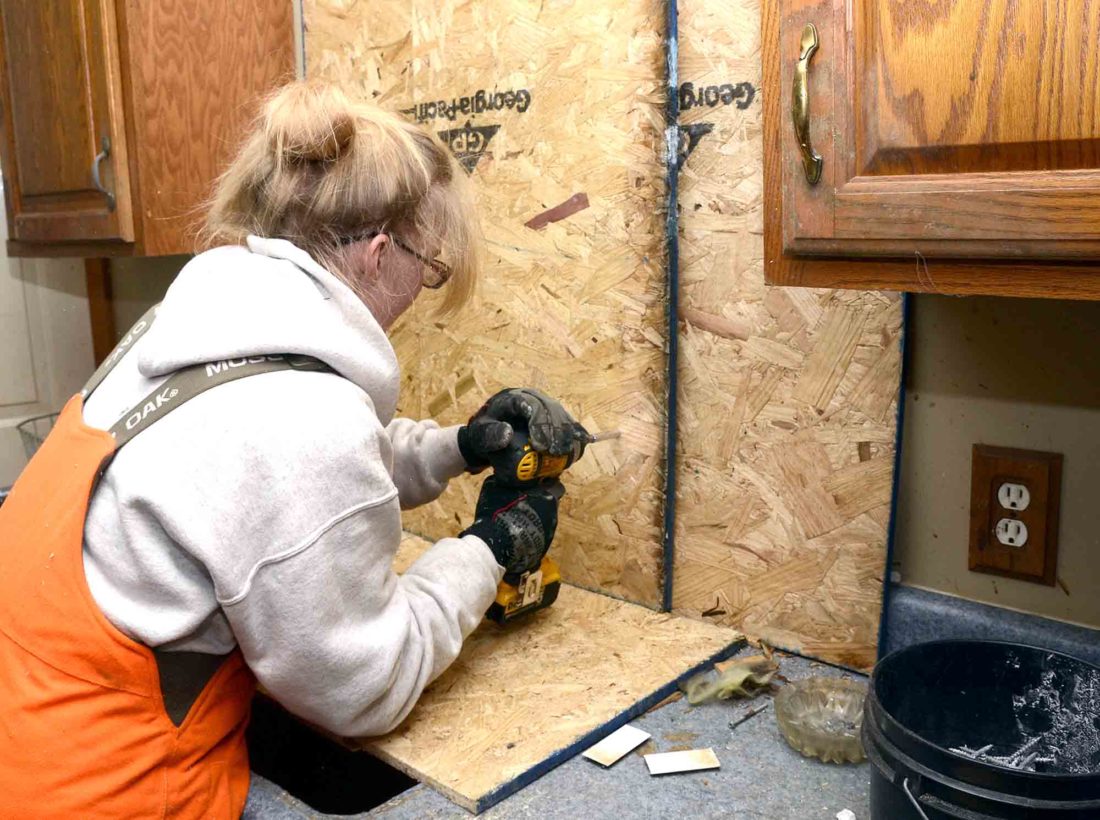 WARREN — It started as a hashtag of sorts on social networks but has grown into a jobs program that spans Trumbull County.

Building a Better Warren connects community revitalization with job creation by putting residents to work in full-time jobs that remove blight from neighborhoods.

The program is run by Trumbull Neighborhood Partnership in homes controlled by the Trumbull County Land Bank, which is operated by TNP. The program offers residents training and employment in renovation, deconstruction, landscape installation and vacant property maintenance

“The idea is we take some young people and give them a skill and a job,” said Frank Abbott, Building a Better Warren team leader.

It’s funded by TNP, in part through a demolition grant that reimburses for landscaping and deconstruction work, and by selling reusable items removed from the vacant houses in the land bank.

The jobs are required under a $225,000 grant from the U.S. Department of Health and Human Services received by TNP to renovate a home and carriage house on Mahoning Avenue into offices for the organization and training and storage space.

The grant required TNP to create eight full-time positions over a five-year period. However, it does not provide funding to pay the employees. TNP provides the benefits.

So far, five of the positions are filled and two people already have cycled through, TNP Executive Director Matt Martin said. The employees are trained to salvage materials from properties scheduled to be demolished as well as doing landscaping and maintenance at properties that already have been demolished.

“The whole vision really started with Warren, but because we manage a countywide land bank, the program is countywide,” Martin said. “The program goes wherever the land bank goes.”

“We are looking for people who have some house renovation skills, as well as those who do not have any skill at all. We’re willing to train,” Martin said.

Program participants, such as Tiryn Frank, 19, of Warren, are being taken to locations in Warren and Trumbull County to learn basic landscaping skills to make houses more appealing from the outside, as well as learning painting, drywalling and other skills needed to do some of the interior renovations.

“I did not know anything about fixing up houses when I started here,” Frank said. “I’ve learned so much in the last year.”

For Racheal Miller, 22, of Newton Falls, this is not the first opportunity she has had with home construction and renovation. She previously worked with YouthBuild of Trumbull County doing basic construction.

Once a house is identified as a demolition, Abbott performs a deconstruction assessment and his team then goes in and removes the items that can be reused. The items are taken to a warehouse, inventoried and put up for sale.

“When we started off, we weren’t quite sure what people would be interested in, so we had to fine tune it as we go to make sure we don’t have a whole warehouse full of doors,” Abbott said.

The proceeds are split with the land bank.

Since joining the program, Miller said she has learned more technical skills, like removing and installing furnaces and water heaters.

“The benefits of this job are we’re taking condemned houses off the streets,” she said.

Abbott said he plans to continue working with TNP to learn as much as possible about home renovation as he considers his future.

“We are encouraging Frank and others to explore all their potential opportunities,” Martin said. “If we train people who eventually decide to become contractors and work for us, then it is a win for us.”