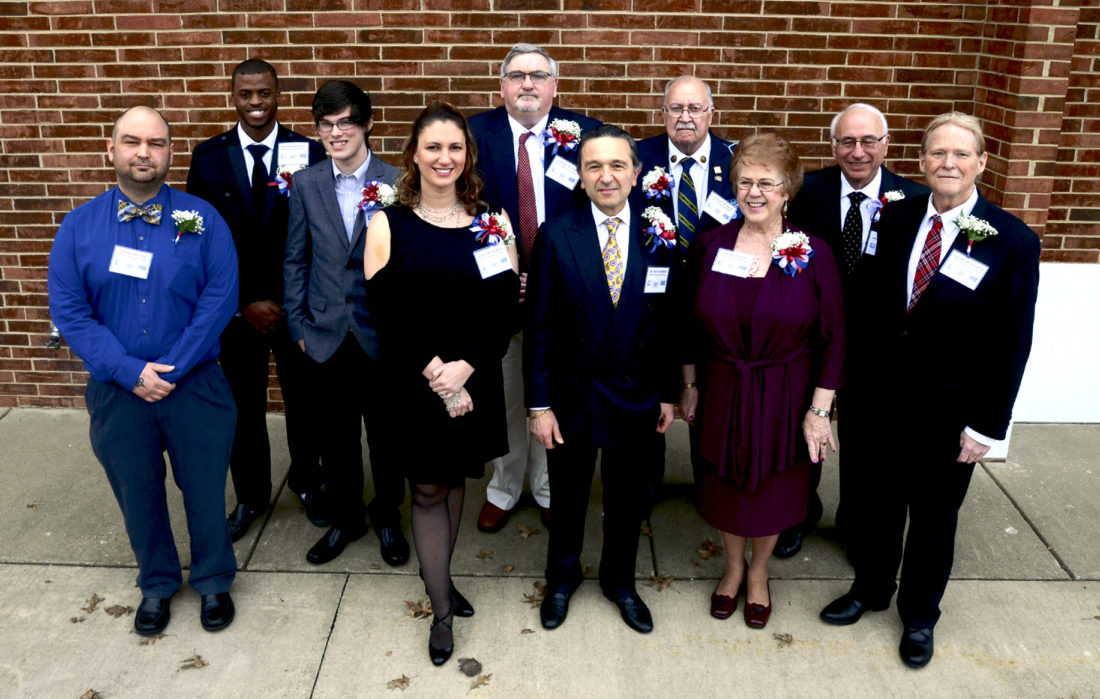 WARREN — Trumbull County hasn’t seen the best of times of lately, but there are those who work selflessly to give residents hope for a better tomorrow.

Ten of those people were recognized Tuesday night because of their dedication to making the community a better place for everyone. The 10 men and women joined the ranks of 150 other Community Stars, and were honored by the Tribune Chronicle and Trumbull 100 during the 16th annual Community Stars dinner.

This was the sixth year with Trumbull 100 as a co-sponsor, and Vice President Wanda Thomas said it is important to draw attention to the significant contribution of time, leadership and resources the honorees display, and they should serve as an inspiration for others.

This year’s winners include several people who have worked to improve Warren’s neighborhoods. D’Andre Bowers of Warren was just 21 when he started the Warren Neighborhood Initiative and systematically led neighborhood cleanups, beatification projects and much more. Described by his nominator Kay Fisher of Trumbull 100 as “articulate, intelligent and confident,” Bowers’ work wasn’t only “ambitious,” but also a “roaring success.”

His inspiration, Bowers said, was a desire to see change in a neighborhood he heard people complain about for years — the 5th Ward on the city’s southside. When met with doubt about what he could accomplish, Bowers said he doesn’t want to hear questions about why he is doing what he does. Rather, he wants to know “What are you doing?”

“There are a lot of small things you can do to help your community,” Bowers said.

In the same vein, Warren Glass & Paint owner William E. Casey of Hubbard was honored for his work raising money to support Trumbull Neighborhood Partnership’s Adopt-A-Home project with more than $70,000 in cash and renovating materials.

His nominator, Trumbull Neighborhood Partnership Executive Director Matt Martin, said Casey’s donations made the program sustainable, but he also was “not afraid to get his hands dirty,” by helping with the projects.

While Casey accepted the award graciously, he insisted, as did the other stars, that the support systems made up of family, friends and other members of the community make their volunteer work possible and impactful.

“If you’re fortunate to be outside the city on a warm summer night, a clear night and you are treated to an array of beautiful stars in the sky, if you take a moment to reflect and examine on just one spot in the sky, you’ll eventually notice many background stars appearing. And then you can recognize and appreciate those stars as well. I think life is a little bit like that. There are background stars out there that don’t always get recognized or appreciated,” Casey said.

Elliott Heckman, 18, of Warren, said it was “insane” to be honored for his work repairing bikes, teaching cycle safety and matching kids to them. His nominator, Will Sanders of Team Sanders Inc., praised him.

“There are not a lot of youth doing things like that. He is making a difference in the community,” Sanders said.

But Heckman wouldn’t back down.

“I feel like I don’t deserve this in a sense. Because all I’ve been doing is sitting in a garage fixing bikes — something that I love,” Heckman said.

• Amanda Colbert of Warren, honored for her dedication to include her children in several volunteer initiatives, including Colbert’s Care and Team Sanders;

• Shirley Frazier of Southington, who is known for treating those served by the Grace United Methodist Church food pantry with dignity and respect;

• William H. Gore of Cortland, for his dedication to honoring veterans with the Trumbull County Honor Guard, attending about 90 percent of the four to 10 funerals the organization attends a week;

• Dr. Farid Naffah of Cortland, whose 10-year annual “An Evening Under the Stars” generates tens of thousands of dollars to help senior citizens buy their medications;

• James Shuttic of Warren, recognized for the way he uses art to raise money, inspire community events, and help those suffering with addiction recover.