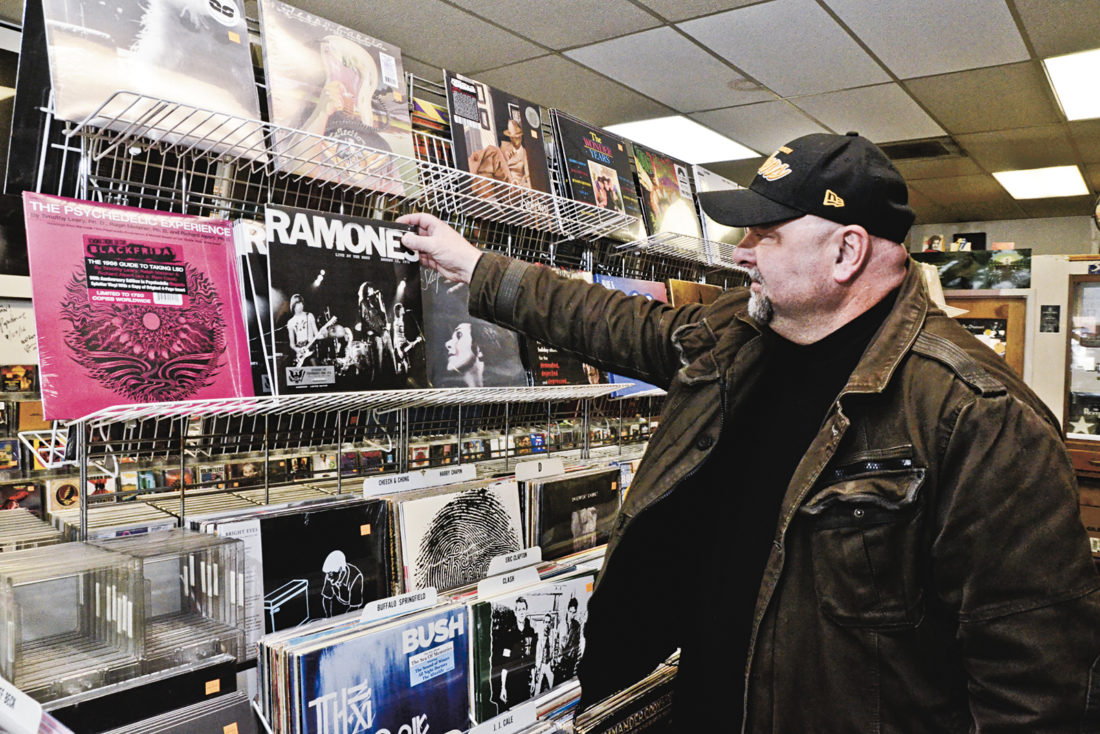 The good news is that music listenership was up in 2016.

The bad news for music retailers, locally and nationally, is that more and more of those listeners are streaming and not buying their music.

BuzzAngle Music, a music industry analytics service, released a 67-page report at the start of the year looking at how people listened to music in 2016. Overall consumption was up 4.9 percent over 2015, but that growth came almost exclusively from streaming services like Apple Music, Spotify and Tidal.

“They’re selling you air basically” is how Sonny Hrehovcik, owner of Underdog Records in Hubbard, described those services, where customers pay a monthly fee for access to music libraries which include many, but not all, top recording artists. 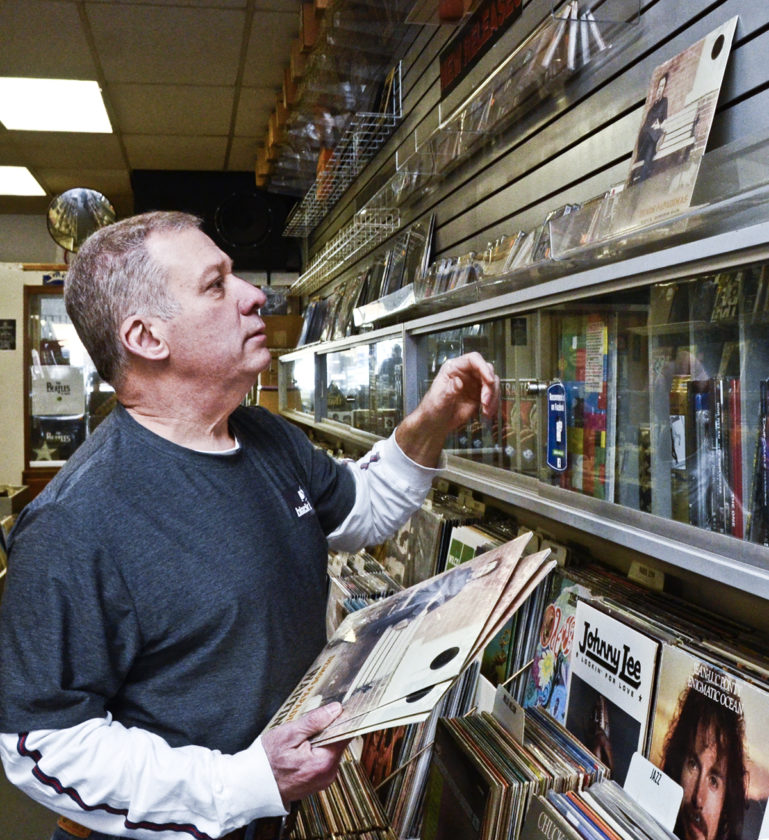 The one area of growth came in one of the oldest formats — vinyl. LP sales were up 25.9 percent over 2015, which sounds good, but vinyl only accounts for 8 percent of all physical album sales. The top-selling vinyl album in 2016 was Twenty One Pilot’s “Blurryface” with about 49,000 copies, and the top 25 vinyl albums combined sold fewer than 1 million copies for the entire year. That’s less than Taylor Swift’s last record sold in its first week of release in all formats.

Still, vinyl is increasingly vital to the survival of Trumbull County’s independent record stores, although their owners are taking different approaches.

Jeffrey Burke, who started Record Connection in McKinley Heights 37 years ago, has embraced Record Store Day, created to drive business to independent retailers. Record labels release albums and singles, primarily on vinyl, that are available in limited pressings and only through independent retailers. RSD events are held in April and the day after Thanksgiving.

“It’s like having two extra Christmases,” Burke said. “Our two biggest days of the year are the Black Friday and the April Record Store Days. Last April we logged 401 people through door that day. It was a very productive day.”

“I’ve always been a longtime record buyer, even before it was revived,” Papadimas said. “Vinyl does sound better. It actually sounds like it did in the studio. We put the album out (in April) and sold a lot of CDs, and it made sense financially to do it. Certain people are more inclined to buy it. A lot of the younger people are buying the vinyl, and the older people are buying the CD.”

Underdog doesn’t do Record Store Day. Hrehovcik, who’s been in business 41 years, said some of the albums are too limited in production, and he didn’t like luring customers in who are expecting to find releases he couldn’t get. He’s willing to let Burke have the business.

Instead, Hrehovcik emphasizes used vinyl more and more. He believes the prices are too high on the reissues of those classic albums, and the bonus tracks used to lure new buyers aren’t worth the added expense.

“They’re trying to sell you songs they thought weren’t good enough the first time,” he said.

Burke sells a lot of both new and used vinyl, and he even saw an increase in CD sales last year. He believes it’s because chain retailers like Best Buy and Target, which used to sell some CDs below wholesale cost to drive customers into their stores, have decreased the shelf space they devote to music.

“Stores that sell music as a secondary item have gone to stocking the top 300 CDs and that’s it,” Burke said. “We’ve stocked heavier on back catalog. Sometimes I get worried. Inventory swells and there’s no business. It gets a little scary at times, then it turns around and things start to click again.”

While competition from national chains is declining, independent retailers face other challenges beyond digital downloads and streaming services. Some of the wholesalers that Record Connection depends upon for product have started selling albums and box sets online directly to the consumer, and in some cases, they offer the consumer a price below the one Burke can get.

The record labels also underestimate demand on occasion. The Rolling Stones’ recent album, “Blue and Lonesome,” was sold out everywhere on CD and vinyl shortly after its release, Burke said, and the vinyl currently is on back order until February.

“It hurts,” Burke said. “We know we lose some sales that way. People get teed off because you don’t have it … Maybe they download it or stream it. Then we never get the sale.”

Burke also worries that younger listeners getting into vinyl are buying inferior equipment to listen to those LPs.

“I tell the kids that come in here, if stereo stores were in existence today, we’d sell a lot more records,” he said. “A lot of the younger kids are buying inexpensive record players to play these new records on, and they’re not capable of reproducing (the sound) properly. They’re skipping and jumping around on the record, and they’re getting turned off right away.

“On the flip side, if there were stereo stores, they’d be buying more turntables, more better quality equipment and having the same experience I had when I was a kid.”